For David Kessler, a severe allergy drove him to stop growing cannabis for the legacy market.

“I was working in the legacy market, and I started to have a family, and I’m very allergic to handcuffs, so I try to avoid that at all times.”

When asked for specifics about growing cannabis in the shadows before legalization, Kessler answered, “even though the statute of limitations is up, I would just say on the East Coast.”

Kessler said the decision to cultivate cannabis began in his late teens when he saw his friends getting into cannabis. There were always some seeds left over in the baggies, and he didn’t see any reason they should go to waste. So he started experimenting.

“I fell in love with the plant before I ever consumed it,” Kessler said. He added that this passion for cultivating cannabis spurred an interest in cultivation in general.

“It sent me back to school, and I was able to take my passion for plants in general and the serendipitous change in cultural acceptance and joyfully work in the cannabis industry and take that joy and experience and put it to use.”

The company is known for its proprietary Vertical Farming Units (VFUs), which allow companies to create a micro-environment-controlled framework to grow cannabis consistently and efficiently at scale. 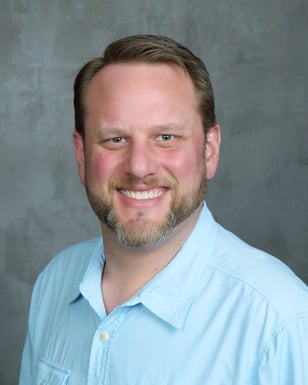 According to Agrify, the company’s data, science, and technology-based solutions enable customers “to grow smarter, grow better, and grow profitably with a comprehensive ecosystem of products and services.”

The Agrify VFUs are paired with the company’s Agrify Insights software to produce an integrated cultivation solution. According to Agrify, the compartmentalized, stackable grow environment allows for the implementation of precise grow plans for each cultivation.

Kessler has more than 20 years of experience in marijuana cultivation, including ten years of closed environmental agriculture (CEA) indoor farm design. He has also written extensively on cultivation and is a regular speaker at cannabis industry events.

He has also worked as a consultant on several Hollywood films, including for a jungle fight scene in Marvel’s Black Panther and a highly-complex set for the Hunger Games.

But cannabis is not the only plant Kessler has a real fondness for. He is also an accredited American Orchid Society (AOS) judge. He has received dozens of awards, including the 2008 AOS special annual W.W. Wilson Award recognizing the best slipper orchid of the year.

But beyond wrangling the micro-environments of particular plants, there is also the complicated artform of managing workflow in cultivation.

“Every day a plant is alive, it’s at risk of pathogen infestation. That takes up operating space and canopy space, and water and electricity. And every day the plant is alive, it adds to the cost of that finished material,” he stated.

But Kessler also described how the design of an indoor marijuana facility can significantly help improve workflow. This includes designing indoor grow rooms to reduce cross-contamination risks and boost efficiency dramatically. Such steps can also reduce the likelihood of contamination as plant material is moved from one area of a facility to another.

“Compliance is absolutely critical for all cultivators”

One realm in which orchids and cannabis plants differ is compliance.

For Kessler, “it’s a huge issue, and I think it’s a very tangible concern for cultivators.”

He added that whether you’re growing indoors or outdoors, “compliance is compliance, so we still have roughly the same hurdles whether it needs to be fenced in or if you need to have [plant] tags.”

He described cannabis as “a very highly-regulated environment and a fast-paced one where changes happen quickly.” He used the example of a state announcing new packaging regulations, forcing cannabis companies to scramble to buy new packaging that will meet the requirements.

Kessler said that safety issues are a strong personal interest of his. This is partly because of the increased risks indoor growers face when work goes vertical, such as in a stacked indoor cultivation facility.

One place he looked for guidance was the food industry.

“The food safety standards were a really good tool because they helped me appreciate some of the hazard reduction techniques that can be applied to cannabis.”

Kessler mentioned the Hazardous Analysis and Critical Control Points (HACCP) protocol and “the bold steps it has that can help you.” This includes steps such as using color-coded mops for different rooms in a facility to avoid contamination.

“There is a very simple methodology that allows you to limit risks.”

For vertical farming, moving employees up and down to access vertical grow spaces and tend to plants and grow lights produces no shortage of serious safety risks and opportunities for contamination to spread.

According to Kessler, this is why Agrify developed climate-controlled, multi-tiered growth chambers.

“If you’re not learning, it’s time to leave”

But whatever method you use to grow cannabis, the question of which type to grow is always crucial. As Kessler put it, even the most talented and experienced cultivators must let the market guide them to some extent.

“When you think about the diversity [of cannabis], you have to think that even if I'm an aficionado, even if I've been growing for 30+ years, just because I like, it doesn't mean the general consumer will,” Kessler said, adding “as an operator, you have to differentiate between your preference and what does well in the market.”

He mentioned Gelato 33, the blockbuster strain that has become a household name in cannabis. He said that if he grew a strain called Purple Pixie that no one had heard of, his only hope would be that his brand reputation and the aesthetics of the flower would play a role.

“You have to balance new introductions with demand and contemplate what people are buying and not just what you like. Ultimately, if you start developing a brand reputation for high-quality products, regardless of what you put in the package, I think the consumer will follow.”

But however cultivators approach these strategic decisions, there is one major piece of advice Kessler has.

“What I tell people is if you're not learning, then it's probably time to leave.”

To hear more about the importance of compliance in cannabis cultivation, check out the on-demand Rootwurks webinar "Why Compliance and Safety are Crucial for Indoor Cultivation," featuring David Kessler and Lewis Koski of Metrc. 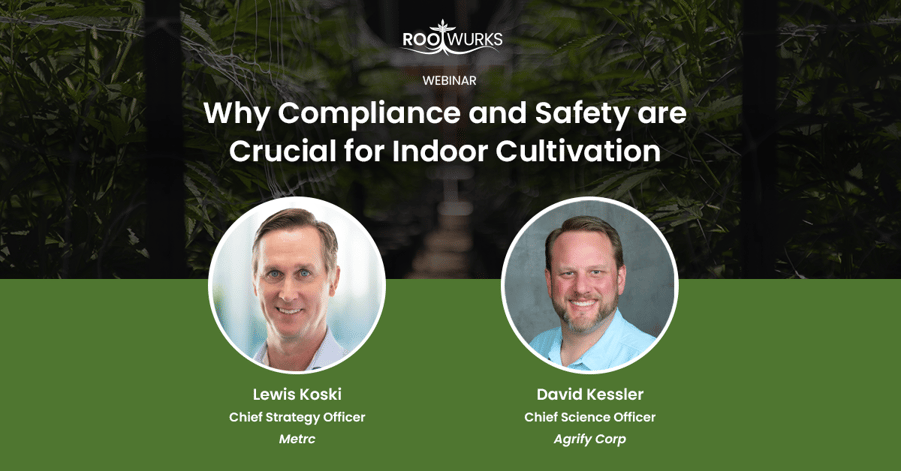