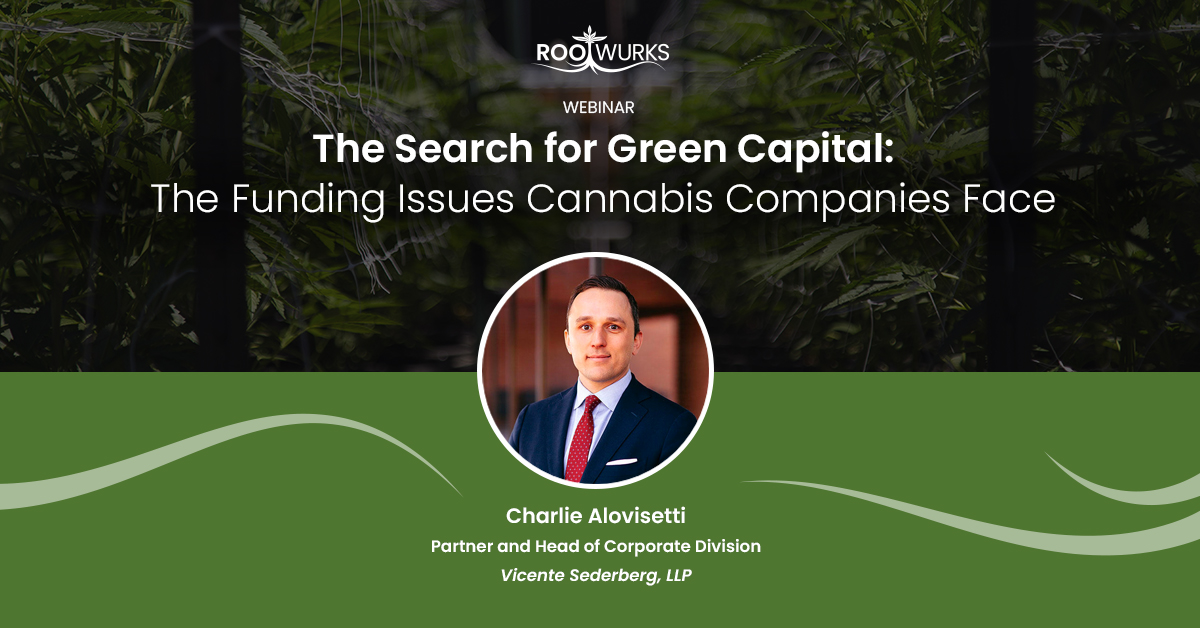 If we could all snap our fingers and make cannabis legal on the federal level, the industry would still face funding issues from risk-averse investors, according to Charlie Alovisetti of the cannabis law firm Vicente Sederberg LLP.

“Honestly, if cannabis were [federally] legal, these would still be risky investments. Early-stage investing is a risky business. Just by virtue of the nature of capitalism, not everyone is going to be around in 10 years,” Alovisetti said.

He added, “any kind of start-up investing is going to be risky.”

Alovisetti did add that federal marijuana prohibition presents a further complication for investors in that cannabis businesses can’t go to bankruptcy court if they fail. He said that judging by the past 18 months, “things aren’t going the right way” for cannabis investments, and lenders are much warier than they were in the past.

“The biggest competition is the legacy market”

Some analysts predict that the legal cannabis retail market could be worth $45 billion by 2025 or $100 billion by 2030. But the illicit cannabis market is estimated to be much larger, as much as more than twice as large in California. This is largely due to the lower prices in the legacy market, where cultivators and dealers don’t need to pay taxes or state regulatory or licensing fees.

This is what I hear all the time - what about the illicit market? Do you have a proven track record?” Alovisetti.

This doesn’t mean that no financial institutions will lend money to marijuana businesses. The U.S. Treasury stated in late 2021 that more than 750 banks and credit unions in the United States alone provide banking services to marijuana companies.

But when they do attain banking services, marijuana companies often pay a premium.

“You can lend at really high rates in the cannabis industry, so there’s money to be made,” Alovisetti said. He added that while a few multi-state operators attain loans with single-digit interest rates, most cannabis companies will pay 15-20% interest.

Another problem facing marijuana businesses is that with the rate of inflation on the rise and a recession looming, many investors are a little less willing to part with their money.

“When times get tough, people conserve cash. They're trying to batten down the hatches for the tough times. They probably feel a lot less able to invest money or discretionary funds. We’re at the mercy of the economy, and if things go south and the money dries up, then it's tough to run a business,” Alovisetti said.

But even without inflation or a decline in economic activity, many of the sources of investment aren’t as enthusiastic about new companies as they once were, according to Alovisetti.

“I feel like the angel investors in the cannabis space got burned early on. The pool of money interested in investing in cannabis hasn’t really changed in size. There have been a few tech VCs who have invested in tech cannabis companies. But for the most part, the people who are comfortable are kind of tapped out. So the equity capital is kinda limited.”

“There aren’t a ton of proven operators”

It’s undeniable that the cannabis industry presents some unique challenges. But to attain funding, many best practices are the same as in other industries.

“You need to make sure everything’s buttoned-up, Alovisetti said, adding, “if you have a proven track record in cannabis, that’s super valuable, and you should hammer on that. There are a ton of cannabis companies but not a ton of proven operators.”

Alovisetti added that “you gotta tell a compelling story to stand out from the crowd” in a saturated market and that “getting all the legal stuff right is kind of a no-brainer.”