For the past several months, the cost of just about everything from housing to food, gas, and family vacations have shot up sharply as the country deals with the highest rate of inflation in four decades. But one place many consumers aren’t feeling the squeeze is at the dispensary. In legal cannabis states, prices for marijuana products have largely remained steady or fallen. This has led many to draw a comforting conclusion: legal cannabis is inflation-proof.

Not so fast, according to Andrew Livingston, the Director of Economics and Research at the cannabis law firm Vicente Sederberg LLP. 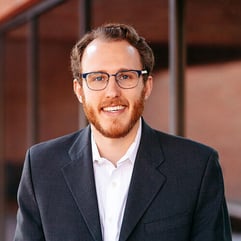 Neither of these attributes applies to legal cannabis. But in many markets, cannabis consumers could be forgiven for having a different impression.

This week, MJBizDaily reported that the wholesale price of cannabis flower in Colorado had dropped to an all-time low of $709 per pound. This is down almost 60% from $1,721 in January 2021. As Westword wrote in April, from January to April 2022, the price of wholesale cannabis flower had fallen on average by 46 percent.

The effect of supply and demand vs. inflation

He added that while for cannabis producers, “their nutrients and labor are getting more expensive, they are also competing with a dynamic where there is more supply than there is demand, so they have to reduce prices.”

Livingston said this is largely due to increased production during the COVID-19 pandemic, which saw record high cannabis purchases in several legal cannabis states.

“The main reason cannabis did well during the pandemic is because, by and large, it is a consumer packaged good that provides a substitute for an experience. You couldn’t go out to a movie or a concert or go on a vacation, but you could  rent a movie and smoke some weed.”

Jump ahead to summer 2022, and inflation has increased the input costs for cannabis companies while increasing supply has led to lower prices.

Cannabis companies are feeling "a squeeze on both ends"

“We’re dealing with lower wholesale prices while simultaneously these businesses have increased their non-cannabis input costs, and this is basically causing a squeeze on both ends,” Livingston said.

There is also the simple fact that nothing exists in a vacuum. Cannabis is not somehow shielded from the same economic factors and price increases that are taking place across the board.

But marijuana also does not exist in a vacuum when it comes to the decisions consumers make about how to budget their spending in a world becoming more expensive.

“The consumer's pocketbook is getting pushed in multiple directions. The cost of driving to work is increasing, and living expenses and the cost of food are increasing, but their wages may not be. People are saying, ‘it's only going to get worse, so I should cut back to some degree on my spending,’” Livingston said.

Also, without federal legalization, funding for the cannabis industry is still very complicated, and inflation and a potential recession could strain the sources of money and the companies that rely on them.

As Livingston said, “cannabis relies primarily on high net-worth investors to fund investment and expansion. You can't get standard bank loans or institutional investment in cannabis, by and large, so you rely on angel investors, friends, family, and so on.”

If these investors see their portfolios crashing, their willingness or ability to fund marijuana companies may be adversely affected.

“This cost of capital will increase. You’ll have to give up more equity. You'll have to pay higher interest rates. You'll have to spend more time and energy to get that capital, and all of those things increase the costs of financing for cannabis businesses,” Livingston said.

But this pain won’t be felt equally across the industry, Livingston said.

“The companies that would hurt the most are the ones that are trying to expand and are in the process of getting capital or growing their business either from the start or expanding,” Livingston said.

He added that smaller companies might be at increased risk, while self-funded or more established companies could have an easier time.

Ultimately though, as we learned with cannabis during the COVID-19 pandemic when times are tough or uncertain, people turn to the consumer goods that provide them comfort.

To hear more about how inflation and a possible recession affect the cannabis industry, check out this on-demand webinar that we originally aired on August 10th “No, Cannabis is Not Inflation or Recession Proof,” featuring Andrew Livingston of cannabis law firm Vicente Sederberg, LLP.