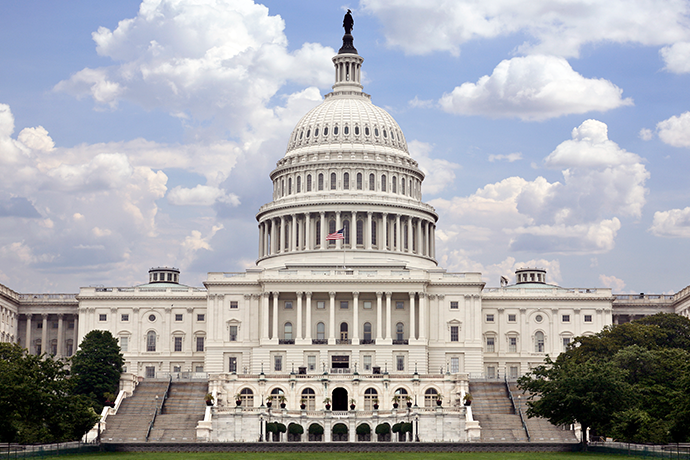 Federal cannabis legalization may have taken one step closer to becoming a reality on Thursday, as Senate Majority Leader Chuck Schumer introduced a bill to decriminalize cannabis on the federal level.

The Cannabis Administration and Opportunity Act (CAOA) would remove marijuana from the schedule of controlled substances and allow states to set their own policies. It would transfer responsibility for regulation from the Drug Enforcement Administration (DEA) to the Food and Drug Administration within the Department of Health and Human Services. The legalization bill would also reclassify marijuana under the Federal Food Drug and Cosmetic Act and call for the founding of the Center for Cannabis Products within the FDA.

The bill also includes grant programs to create business, job training, and employment opportunities in legal marijuana for people from communities adversely affected by the War on Drugs. It would also automatically expunge all non-violent federal marijuana offenses within one year of its enactment.

At a glance: What would the Cannabis Administration and Opportunity Act (CAOA) do?

The removal of cannabis prohibition by the federal government would also ease or eliminate many of the problems cannabis companies face when trying to access financial services.

Schumer introduced a discussion draft of the bill along with senators Cory Booker (D-NJ) and Ron Wyden (D-OR) last July. It is far from certain that Schumer will be able to garner the votes needed to pass the bill in the Senate. This is even though public support for marijuana legalization stood at 68% in a Gallup poll published in late 2021.

The Democratic Party’s discussion draft of the bill stated that “the War on Drugs has been a war on people—particularly people of color. The Cannabis Administration and Opportunity Act aims to end the decades of harm inflicted on communities of color by removing cannabis from the federal list of controlled substances and empowering states to implement their own cannabis laws.”

The draft also stated that “state-compliant cannabis businesses will finally be treated like other businesses and allowed access to essential financial services, like bank accounts and loans. Medical research will no longer be stifled.”

In a post on Thursday, National Organization for the Reform of Marijuana Laws (NORML) Political Director Morgan Fox stated that “the vast majority of Americans support comprehensive cannabis policy reform, and now is the time to figure out how to do that in a way that effectively addresses the damage done to marginalized communities and creates equitable opportunities in the burgeoning cannabis industry.”

Next Tuesday, the Senate Judiciary Committee is scheduled to hold a hearing titled “Decriminalizing Cannabis at the Federal Level: Necessary Steps to Address Past Harms.”

The CAOA is expected to be at the center of discussion at the hearing, but the road to federal legalization remains long and uncertain.